ATTENTION! The minimum size of the repack is 21.3 GB, read repack features section for details. 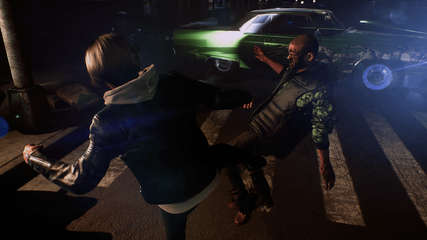 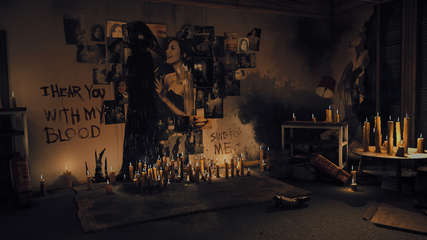 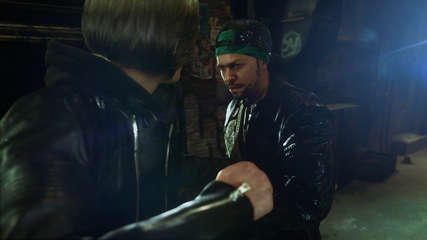 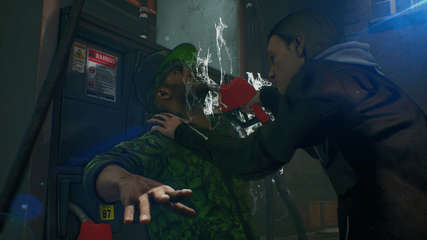 THE QUIET MAN™ delivers an immersive story driven cinematic action experience seamlessly blending high-production live action, realistic CG and pulse-pounding action gameplay. Unravelling within a single night, players take the role of deaf protagonist Dane as he fights his way through a “soundless” world to discover the motives behind the kidnapping of a songstress from a mysterious masked man. Embark on an adrenaline-fueled motion picture like experience which can be completed in one sitting.

You play as a deaf character, Dane, and experience the world as the character does – with very little distinct audio and no subtitles: it’s up to you to make up your own interpretation of the story as your search for the masked man unfolds.

The content of this videogame is purely fictional, it is not intended to represent or depict any actual event, person, or entity, and any such similarities are purely coincidental. The makers and publishers of this videogame do not in any way endorse, condone, or encourage engaging in any conduct depicted in this videogame.

Subtitles will only appear when spoken dialogue is intended to be heard or understood.

For narrative purposes, no subtitles will be displayed for most scenes regardless of this setting.

Language will be auto-detected based on your Computer system software language settings.


Experience a “soundless” world. The player not only controls Dane but also experiences the world in the way Dane does. As a deaf protagonist the audio landscape of the world he lives in consists of soundless and muffled audio, leaving it up to the player to make their own interpretation as the search for the masked man unfolds.
Experience fast, visceral and adrenaline-fueled combat choreographed by Tatsuro Koike, renowned for directing the action in the Yakuza franchise.
Simple on the surface, but with brutal combos, the combat system is easy to pick up like old school beat’em-up action games, whilst offering combat variation and thrill.
Unleash an arsenal of combat moves ranging from punch and kick combos, to grappling and throwing enemies.
Give stunned opponents a savage beat down or slam them into environment objects to set up brutal attacks.
Defend yourself with split second dodges that can result in close-shaves and counterattacks.
In addition to high production live action, THE QUIET MAN™ features state of the art CG sequences, facial animations produced in partnership with 3Lateral, Cubic Motion and Human Head Studios to deliver stunning visual fidelity, strongly-felt emotions such as rage, joy and pain, and enables seamless transition and continuity between live action, engine cut scenes and actual gameplay.

Based on The.Quiet.Man-CODEX ISO release: codex-the.quiet.man.iso (33,196,900,352 bytes)
100% Lossless & MD5 Perfect: all files are identical to originals after installation
NOTHING ripped, NOTHING re-encoded
Selective Download feature: you may skip downloading and installing of credits videos
Smaller archive size (compressed from 30.9 to 21.3/22.1 GB)
Installation takes: ~7 minutes on 16-threads CPU; ~12 minutes on 8-threads CPU; ~20 minutes on 4-threads CPU
After-install integrity check so you could make sure that everything installed properly
HDD space after installation: up to 39 GB
Use the corresponding BAT-files in game root to change the game language
Repack uses XTool library by Razor12911
At least 2 GB of free RAM (inc. virtual) required for installing this repack
Repack by FitGirl
Download link:
Download Links Rapidgator.net

Currently there is no comment for The Quiet Man (MULTi27) [FitGirl Repack, Selective
be the first to add comment! Please register or Login